Following the scheduled four month closure of “The Beach” on Koh Phi Phi Leh, National Park officials have extended the ban on visitors indefinitely to give this ‘jewel in the crown’ of Krabi the time it needs to recover from the heavy damage of 20 years of tourist traffic.

It was estimated that around 80% of the coral in the once pristine Maya Bay had been destroyed through pollution and careless anchoring; and the sand on the beach itself had been severely eroded by the thousands of visitors each day. 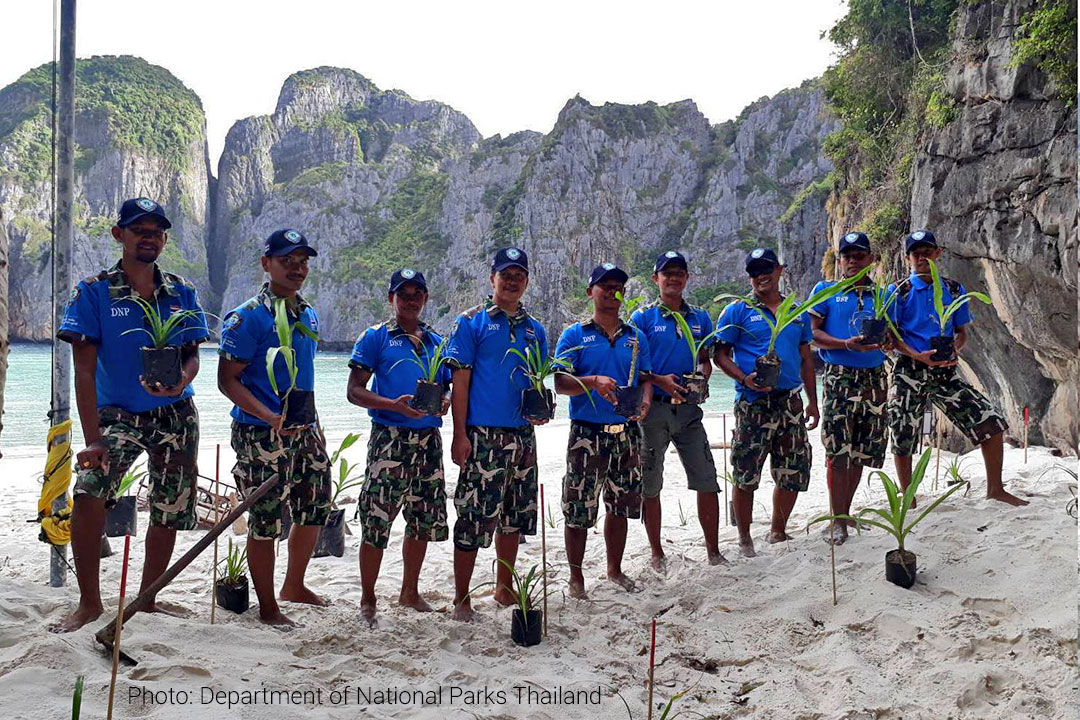 During the four month closure, the Department of National Parks (DNP) started a tree and coral planting programme, and are devising a sustainable visiting plan for when the bay eventually reopens. Ideas being considered are pre-booked, staggered visiting slots with limited numbers, and restricting access from the rear of the bay only, with boats docking at floating pontoons and visitors walking along a path to access the beach.

This move from the DNP is part of a wider global recognition of the impact of excessive tourism on natural heritage sites (see the Philippines and the closing of Boracay) and the need for such areas to be far better managed if they are to be a long term source of income.

The DNP already closes several marine heritage sites, including Koh Rok, Koh Ha and Hin Daeng and Hin Muang in Krabi, as well as the Similans and Surin Islands further north, during May – October every year. Koh Yung, a renowned diving spot also in the Phi Phi archipelago, has been closed for two years and is recovering well. Maya Bay however is unique in its fame and the amount of tourists it draws (generating millions of baht per day in income), and this was perhaps one of the reasons decisive action to save it was so long in coming. 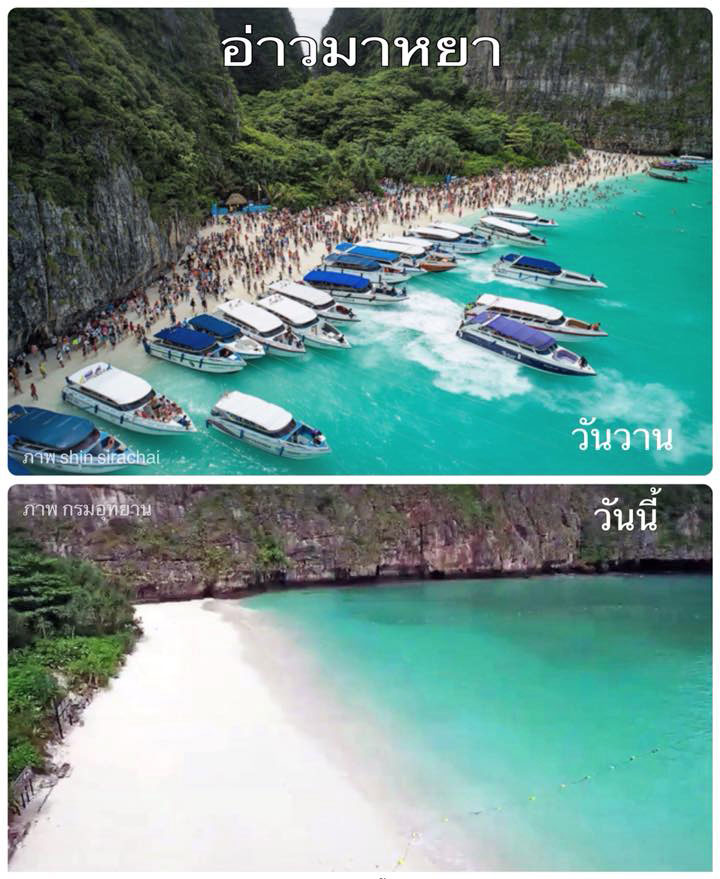 Before and after the ban on tourist traffic

As expected, the news of the extended closure was received with protests from local tour operators. It was claimed business would suffer as Maya Bay is a “bucket list” item for many visitors, who had already booked packages thinking the beach would be open again this high season. But routes have already been adjusted to take in other incredible beaches along Phi Phi’s shore – there is no shortage of fine strips of sand and clear water in this area; and it is still possible to stop at the entrance to the bay and see it from a distance.

As for the marine life, there is already evidence that the absence of tourists is having a positive effect. There are signs of regrowth on corals (see photo at top of page), and a school of blacktop reef sharks has been spotted swimming close to shore. With another few years of care, this once pristine bay could soon return to its former glory.