Last weekend saw strong winds of up to 50km / hr and rough waves in the Krabi area, with unusually choppy seas and a wave height of up to 3 metres (with unconfirmed reports of up to 4 metres around some islands).

On Saturday 25 May, nearly 50 moored longtail boats at Ao Nam Mao pier were overturned and damaged; while 8 (empty) vessels are reported to have sunk around the Phi Phi Islands; and more than 100 tourists were stranded on Koh Hong for several hours awaiting rescue by the Marine Police. This is sure to have been a frightening experience for many, though thankfully everyone was returned safely to the mainland, with only two people suffering minor injuries after falls inside their boats.

The waves came without warning from the Thai Metereological Department, leaving boatmen helpless as it was not possible to move their boats to safer areas in time. A major storm had been predicted earlier in the week, but had failed to materialise – even on Saturday, there were blue skies and no rain. On the following days, all island tours were suspended as a precaution, even though seas were already much calmer.

Now all tours have resumed as per the normal schedule and the sea conditions are as expected for this time of year, with a wave height of 1 – 2 metres, described as “slight to moderate”. 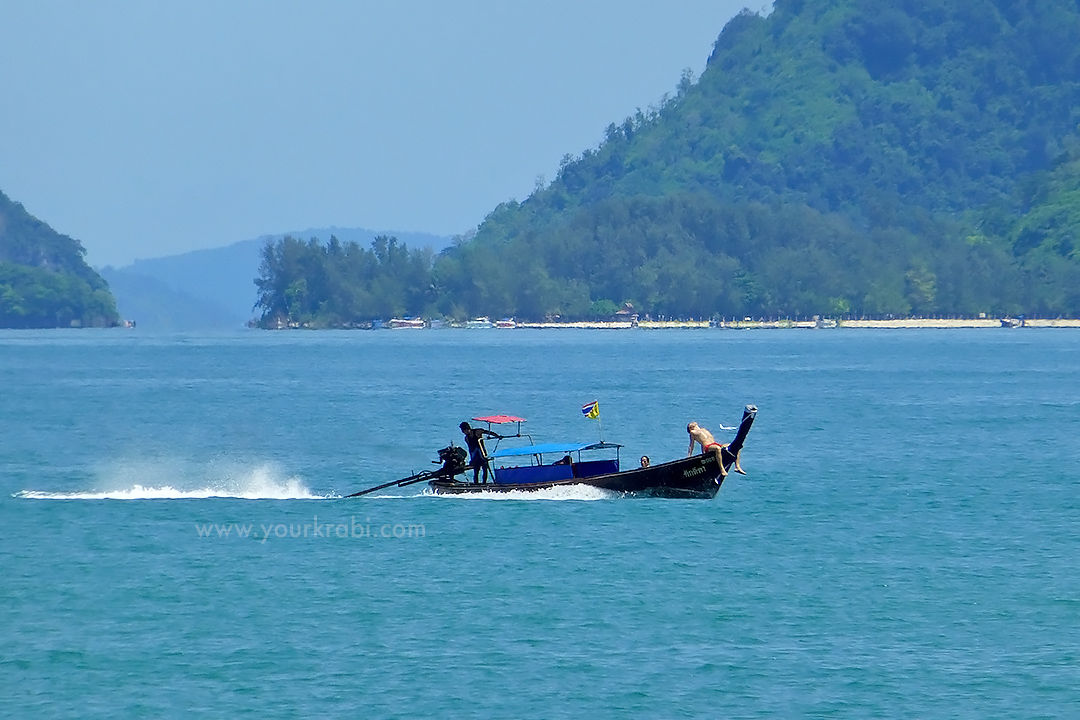 The picture above shows a boat out at sea off Ao Nang Beach, heading back from Poda Island (in the background) on 29 May 2013. The chap sitting on the front certainly looks as if he is having a good time, and does not appear to be rocking around! Visitors arriving in the next few days should be reassured that it is now safe to travel.